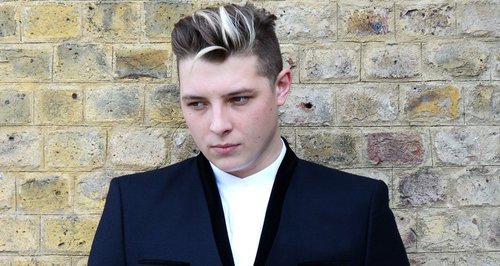 The 'Losing Sleep' singer also told Capital he thinks Katy Perry's performance will be "next level".

John Newman says he expected Bruno Mars to be his personal "highlight" at the BRIT Awards 2014 this evening (19th February), as well as opening up about his competition for British Male Solo Artist.

The 'Love Me Again' singer is up for three awards in total at today's ceremony at London's O2 Arena, and has chatted exclusively to Capital about his chances of walking home with a gong.

"There's some great people on the bill," John exclusively told Capital ahead of the big show. "I think the likes of Katy Perry is a bit next level.

"Bruno Mars though, is the highlight for me," the 'Cheating' singer revealed.

"All [of them are] incredible, I rate them so much," the UK singer said of his fellow British Male Solo Artist nominees. "They all inspire me in such different ways and really help me make music.

"A lot of musicians spend the whole of the year touring and don't get to see each other much, and the BRIT Awards is one of those rare occasions that you get to spend time with a lot of people who are great people," John added.