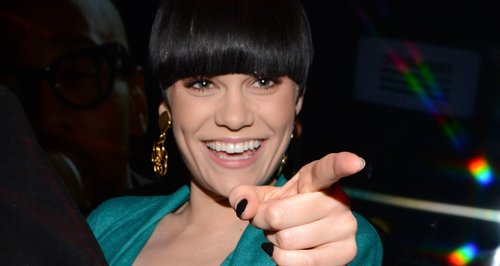 The 'Thunder' singer says her Twitter feed has never felt more inspiring thanks to her Heartbeats.

Jessie J has revealed she has written a brand new rap verse, after kicking off work on the US edition of her album 'Alive'.

The 'Price Tag' singer teased her exciting news on Twitter today (5th February), after issuing a thanks to all of her followers for keeping her inspired to do better.

"I just wrote my first rap since I was like 18. What is going eh?" Jessie tweeted, after heading out to the US last month to record some new music.

The UK singer-songwriter also thanked fans this week after feeling inspired by some of the personal stories they had sent her recently.

Don't let your dreams be based on other people. Do you.

I can only inspire if I'm inspired! My TL right now is more inspiring than it's been in months! Reading about you guys is amazing!

Jessie even gave her followers some advice about living a healthy lifestyle, especially now February is here and people's New Year's Resolutions may have been forgotten.

My advice for the gym. Is go the day before you were going to go. Don't think about it. Seriously just do it.

Jessie J revealed back in January that she has already written five brand new songs.