Forget About The Voice... It's All About The MUSIC For Jessie J This Year! 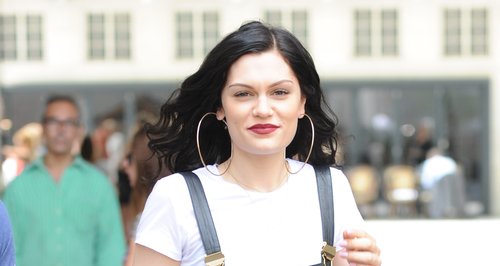 The 'Bang Bang' superstar says she isn't interested in going back on the spinning chairs anytime soon.

For Jessie J it's ALL about the music this year… and she has NO plans to back behind the judging desk.

The 'Wild' star has just unveiled her new single 'Bang Bang' (which features Ariana Grande and Nicki Minaj, doncha know!), and told us she isn't interested in a return to The Voice UK. Just yet anyway...

Jessie J reveals if she'll be back on The Voice UK...

"I haven't been asked and at the moment I'm about to literally go and live in America pretty much," Jessie exclusively told Capital's showbiz reporter Kevin Hughes. "I'm back and forth, I'm flying around, my diary's excitingly hectic.

"I just want to be about the music right now," she added. "I want to be on the stage, not facing it."

You heard it here first, don't look for Jessie to be spinning around on any chairs anytime soon!

> Jessie J Opens Up On What's Coming On #AlbumThree!

> And JUST incase you missed it... here's Jessie's AMAZING 'Calling All Hearts' duet from the Summertime Ball!