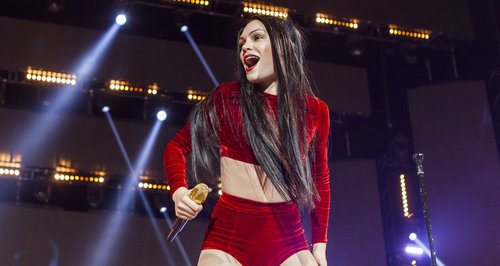 Jessie J is more than just a pretty face, cracking body and AMAZING voice – her songwriting talents are what really pays the bills for the singer.

Jessie J has pretty much conquered the music industry since she first exploded onto our TV screens and radios, but she has revealed that the bulk of her income actually comes from writing songs for other artists.

Jessie, who wrote Miley Cyrus’ ‘Party In The USA’, revealed that the royalties from the song actually paid her rent for over three years!

Jessie told Glamour, “You've got to write songs, that's where the money is, being an artist. 'Party In The USA' paid my rent for, like, three years.”

"Actually it was way longer than that. That's where I get most of my money. I write songs. I'm a singer. I love endorsements and stuff, but that's all added on."

And while Jessie is without doubt a stand out writing talent, she also said that all female singers are talking about the same themes in their songs.

She explained, “All women are saying, singing and speaking about the same thing, but in their own way - love, heartbreak, reassurance, sexiness, belief, how we look, how we feel. We're all singing about it and doing it.”