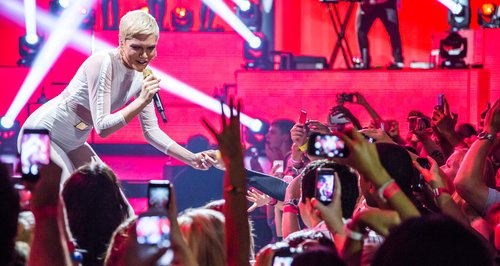 Lawson were also on the line-up last night at the Roundhouse in Camden.

Jessie J was joined on stage by Dizzee Rascal and Brandy during her iTunes Festival 2013 performance.

The 'Domino' singer debuted new material from her latest album 'Alive' and was in celebratory mode as she hit the stage in Camden's Roundhouse.

Opening with 'Price Tag' the set also included 'Do It Like A Dude' and 'Excuse My Rude'.

"When I turned 25, I understood my responsibility as an artist," she told the audience during one of the more emotional moments of the evening. 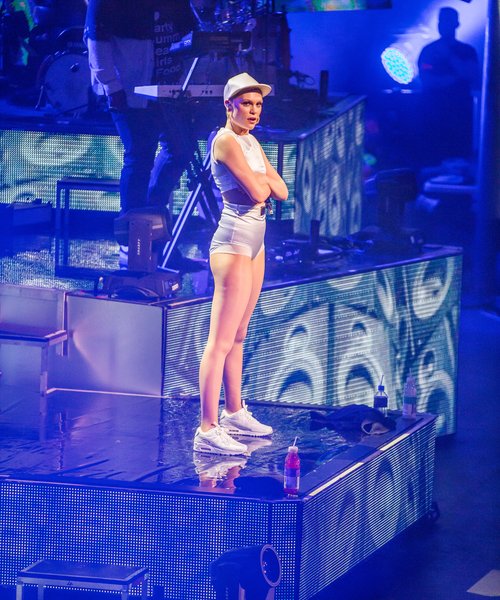 Brandy and Jessie performed their collaboration 'Conquer The World' with Dizzee jumping on stage for his verse of 'Wild' later in the show.

Check out Jessie's setlist at the iTunes Festival 2013 below:

Watch Jessie and Brandy perform 'Conquer The World' below:

Before Jessie took to the stage, Lawson also gave a performance, which included a world premiere of new single 'Juliet'.

The boys also gave away tickets to their upcoming UK tour to one lucky fan in the audience. 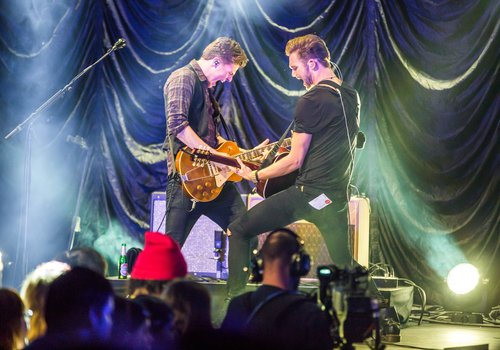 Their set opened with 'Learn To Love Again' and also included a cover of the Swedish House Mafia track 'Don't You Worry Child'.

Lawson's full setlist at the iTunes Festival was as follows:

Justin Timberlake and Katy Perry will also be performing at the event later this month.