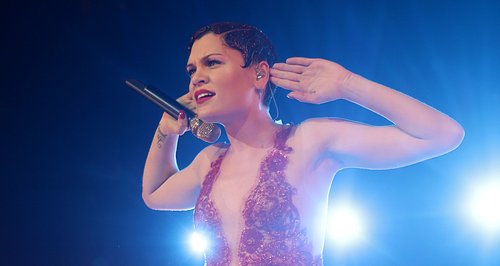 The 'Domino' star performed some of her biggest hits for the Jingle Bell Ball crowd.

Jessie J was joined by Dizzee Rascal to help kick off night two of the Capital FM Jingle Bell Ball 2013 when the 'Bonkers' rapper joined her on stage to sing 'Wild'.

The UK star kicked off an incredible show-opening set with a performance of her massive Vodafone Big Top 40 hit 'Price Tag', wearing a red sparkly sequinned dress with bright red glitter in her cropped black hair.

Next up Jessie told the crowd she wanted to get "the slow song out of the way first" by performing her emotional latest single 'Thunder', which features on recent album 'Alive'.

Jessie then kicked into her number one hit 'Domino', thrilled the 16,000 in attendance with a powerful performance, and asking the crowd: "Who's feeling sexy and free? Are you ready to show me that you are?"

The UK singer then sang her first ever single 'Do It Like A Dude' with a fiery rendition that included a breakdown of Jay-Z's hit 'N****s In Paris'.

Next up Jessie sang her lead 'Alive' single 'Wild', with a video of B.o.B's rap segment playing out over the arena big screen, before fellow Jingle Bell Ball performer Dizzee Rascal headed out on stage for his part.

For her final song of the night she led the audience through a roaring performance of her recent chart smash 'It's My Party', heading straight out to the front of the stage runway.