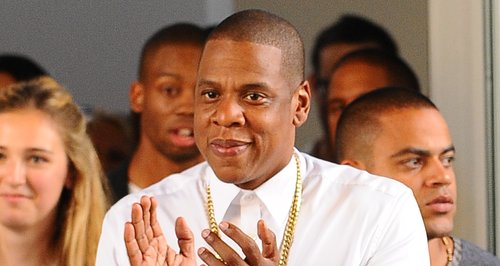 The rapper was seen filming a new video taken from his 'Magna Carta Holy Grail' album.

Jay-Z was seen this week performing his song 'Picasso Baby' for a total of six hours as he filmed a video in a New York gallery.

The '99 Problems' star treated fans inside the Pace Gallery with the performance – which also included his inspiration and artist Marina Abramović.

The star was said to have gone face to face with strangers with renditions of the track.

Fans captured the moment on their cameras, and you can see a Vine posted by one of those in attendance below:

Meanwhile, the rapper has also been talking about his plans to add to his family with Beyonce and said he "absolutely" wants to have more kids.

The star released new album 'Magna Carta Holy Grail' on 4th July and is set to shift over 500,000 copies in the US during the first week of official sales.