The indie band managed to play a total of eight shows during their marathon day of gigs.

The Flaming Lips have beaten a record previously held by Jay-Z for the most gigs performed in multiple cities in 24 hours.

The 'Do You Realize' group kicked off their record attempt on Wednesday in Memphis, Tennessee, before playing in cities across the Mississippi Delta.

The band, fronted by Wayne Coyne, played a total of eight gigs in 24 hours and used their tour bus Endeavor to travel between each city.

To mark the significance of the occasion, The Flaming Lips were joined by a host of special guests throughout the trip, including Grace Potter and Jackson Browne.

There were also different support acts along the way, including Neon Trees, Neon Indian and Givers. 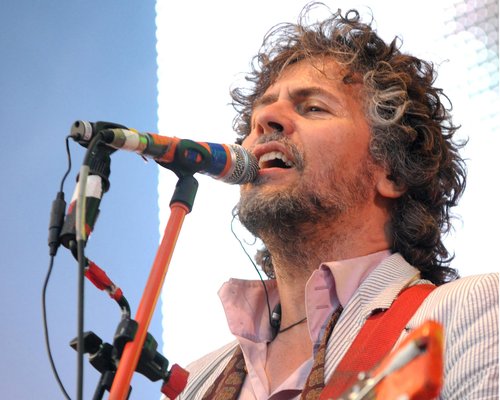 Speaking after beat the world record, Wayne said: "At five o'clock this morning you thought you were going to crawl in, barely be able to sing and hope you can just survive it.

"But as the day went, everywhere we would go they'd give us energy - now I feel I could go another 24 hours."

The Flaming Lips will now replace Jay-Z - who played seven shows from Atlanta to Los Angeles in 2006 - in the Guinness Book of World Records for Most Live Concerts in 24 Hours.