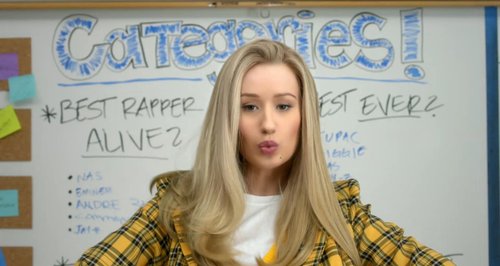 Watch Iggy Azalea go back in time for her Clueless inspired new video.

Iggy Azalea has paid homepage to the classic 1995 film Clueless in the latest video for Fancy featuring Charli XCX.

The video sees Iggy take on the role of daddy's girl and serious socialite Cher Horowitz, wearing a number of replica outfits from the original film. And to get it just right, the video was even shot in the same school where Clueless was filmed, replicating many of the iconic scenes, outfits and characters.