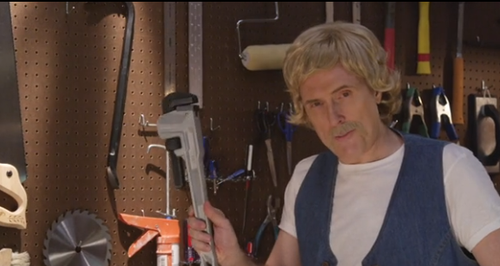 He had us at “I’ve got 99 problems but a switch ain’t one”. Weird Al’s latest video from his #8Vidoes8Days project takes on Iggy Azalea’s ‘Fancy’ in SPECTACULAR fashion.

Changing ‘Fancy’ to ‘Handy’, Weird Al is the handyman that can fix any problem – from leaking toilets to plastering.

We never thought we’d find DIY this interesting, but Weird Al plus Iggy Iggs have made us want to pick up our paintbrush.