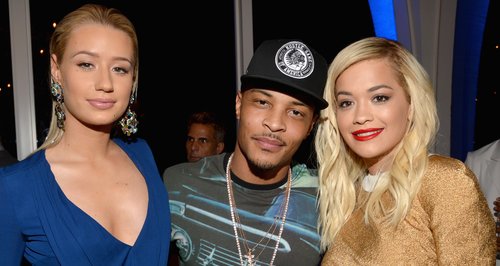 Iggy Azalea has confirmed details of her new single and music video.

The rapper will release 'Black Widow' - a collaboration with Rita Ora - as the next track from her debut album 'The New Classic'.

"The next song I'm going to put out as a single is 'Black Widow' with Rita Ora," she told Hot New Hip Hop.

"We're gonna have a very crazy music video a lot of other people you guys may know playing a lot of different characters," she added. "I'm really excited about it, it should be good."

Responding to a recent article that declared Azalea is the new queen of hip-hop, she insisted: "I think I'm a rookie but it's a really nice compliment!

"It's nice though, I get a lot of criticism in the press... so it's nice to have someone to hype me up."