Iggy was not impressed when a magazine slimmed down her hips and thighs – and she looked just as flawless in the ‘before’ shot.

She’s already got a body envied by thousands around the world, but one magazine seemed to think Iggy Azalea needed a bit of retouching – and the star herself was less than impressed to see her body altered using Photoshop!

Schön! Magazine posted a photo of Iggy topless in a see through dress – and the singer was quick to set fans straight that the images were in fact altered – and posted the original snap to compare the difference.

A fan tweeted Iggy to say how much they loved the shoot to which she replied, “love it, but i much prefer the picture before they photoshopped my thighs and hips to seem skinnier.”

@IggySlaysUrFave love it, but i much prefer the picture before they photoshopped my thighs and hips to seem skinnier pic.twitter.com/6TfAA8gX9l

@zillion0607 @IggySlaysUrFave no clue - but im very happy with my body the size it is and prefer it that way.

We’ve got to say, we reckon we prefer Iggy with her normal body to the Photoshopped version – aside from smoothing out the wrinkles in the dress, there is literally nothing needing changing about that famous Azalea bod! 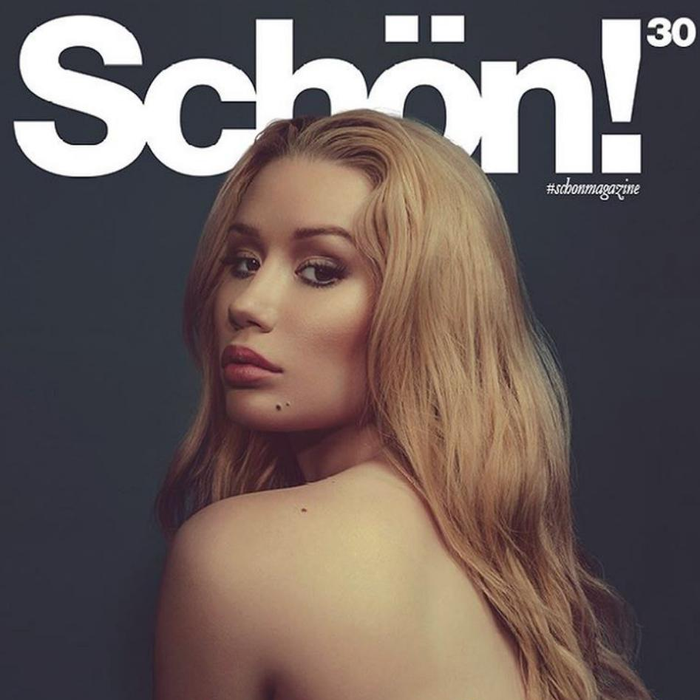