We've all been waiting on tenterhooks for Iggy Azalea's new music - and the star has given us a sneak preview of two of her new songs during a mini-rave in the studio!

Iggy teased her fans with the clips of her new music, lip-syncing to an upbeat track with the lyrics "I got that boom boom",

And from the sounds of things, we can expect a VERY different sound from Miss Azalea on her new album 'Digital Distortion':

no time for the... pic.twitter.com/abOSF3xb1P

Iggy also unveiled the amazing lenticular cover of her new album on Twitter last month as she gave away that the lead single 'TEAM' is totally finished and will be dropping on 21st March:

Although the lead single will be 'TEAM', Iggy revealed another album track called 'Azillion' earlier in January, to the delight of her #Azaleans, calling it a "buzz track" rather than an official single.

As well as sending her fans into a frenzy, her fiance Nick Young has got a LOT of praise for the new record. Nick, aka Swaggy P, told Billboard, "Aw man, it’s gonna be the best album of 2016. I got my Swaggy P feature on it so that’s why it’s gon’ blow up. [Laughs] I see how hard she be in the studio and I heard a couple songs. Couple surprises and a lot of features on there. It’ll be dope."

Iggy took to Twitter to answer fan questions at the end of December and revealed that the first single from the new album will be called ‘Team’ and that there will be a few surprises ahead of the new track.

@azalealex @drowningforiggy no. lead is TEAM. meaning: ive got my own back, i iam my own team. 20% meaningful 70% bop 10% ratchet

@IggsBae NO lead in jan - but content, buzz songs, viral videos and other cool stuff in Jan. :-)

@HausOfIggz i knowwwwwww. lol! but its obvious in its sound its not intended for radio consumption. plus wont be on itunes.

@TaylorDTTT i dunno T, this outro is speaking to me and the answer sounds like a yaaaaaassssss. pic.twitter.com/NjvnSQp2Zn

At the start of December, Iggy also took to Twitter to hit back at critics and tell the world her album is finished. She tweeted, “We are days from 2016, but I came online today and saw it’s still cool to try and discredit my 2014 accomplishments. LOL f*****g hell. Seems exhausting. Anyway - I’ve been enjoying the holiday season and I hope you all have too. 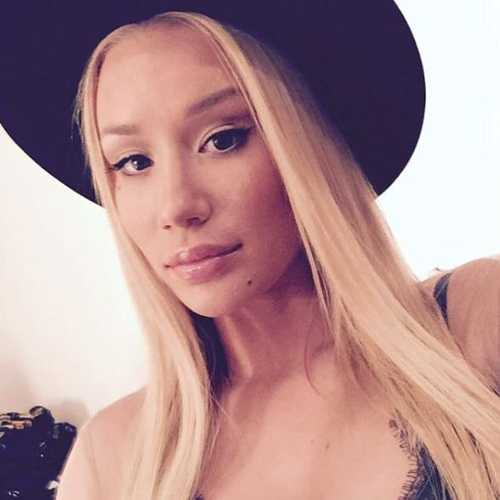 “I don’t really know what I’m doing with my music release, but I’m finished (except for getting the features recorded). Right now I live in America and am very close to the Def Jam team, but I’m actually signed out of the UK. Things are complicated. I’m ready with my music but I am also trying to restructure some things to work smoother and better for me.”