Rumours that Harry Styles might have been dating Victoria’s Secret model Camille Rowe have been around since last year but the pair have now been photographed on a date together in Los Angeles.

Harry and Camille were photographed walking together to get sushi in LA, seemingly confirming the rumours that the pair were a couple after having avoided the paps pretty successfully until now.

A source told a tabloid, “Camille's come along at exactly the right point in Harry's life. He's had plenty of fun but seems to be content hanging out with her. They get on great. 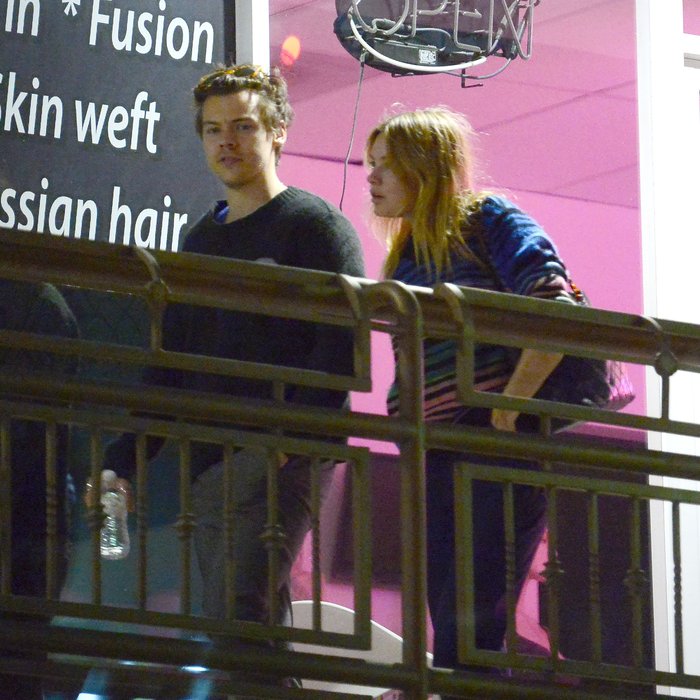 “She's laid back and cool, plus she's been really supportive of his career. The relationship is still fairly relaxed, he's hardly at the stage where they see each other every day.

“But Camille has also bonded with his sister Gemma and best pal Lou Teasdale, which is hugely important to Harry.”

We’ll be keeping an eye on how this develops – now we’ve finally seen their first public date!