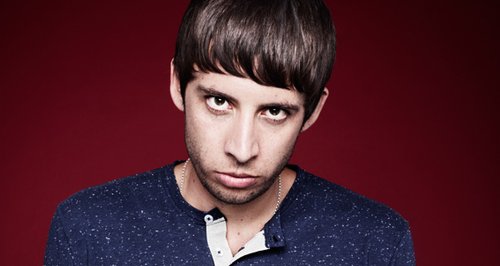 Listen to the 'Kids Again' singer revealing all to Capital about the follow-up to 'The Evolution Of Man'.

Example has opened up exclusively to Capital FM about his brand new album and promised a more "loved up" sound since he got married last year.

The 'Changed The Way You Kiss Me' rapper returns with lead single 'Kids Again' in March, and chatted to Capital Breakfast this week to reveal more about his next record.

"The album's [coming] in June," Example exclusively revealed to Capital Breakfast. "We do the single in March, another first week of June and then the album.

"In the past, all my songs, I didn't realise they're all quite uplifting musically but they're quite depressing and all about break-ups and feeling low and feeling depressed," Example noted. "All of the six singles coming off this album are all about "I feel great, I'm in love, I feel young again!'"