The 'Stan' rapper posts a picture from the promo on Instagram and announces when fans will get their first preview.

Eminem has been teasing details about the music video to his new single 'Berzerk'.

The rapper is sporting his famous bleached blonde locks and stands in front of a huge stereo.

Eminem also told fans that they will get their first glimpse of the video during the halftime break for today's NFL match between Michigan and Notre-Dame.

Check out the picture the rapper posted from the video below: (Picture: Instagram) 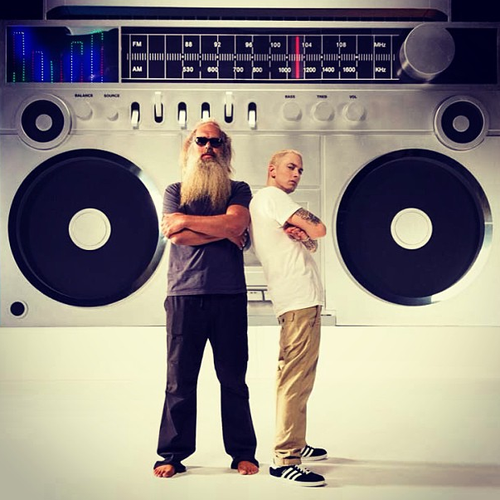 The new single is taken from the star's upcoming album 'The Marshall Mathers LP2' – released on 5th November.

Eminem was recently over in the UK to headline this year's Reading and Leeds Festivals, where he was joined on stage by Dido.