The 'Lose Yourself' rapper gives fans the first look at the image which will accompany his next record.

Eminem has unveiled the official artwork for his new album 'The Marshall Mathers LP 2'.

The rapper offered one lucky fan the chance to see the image before anyone else following a question and answer competition over the weekend.

The 'Without Me' rapper then posted the shot for the rest of his 15 million plus followers to feast their eyes on.

The image features Slim Shady's childhood home in Detroit – which was recently put up for auction.

Check out the cover artwork for Eminem's new album 'The Marshall Mathers LP 2' below: 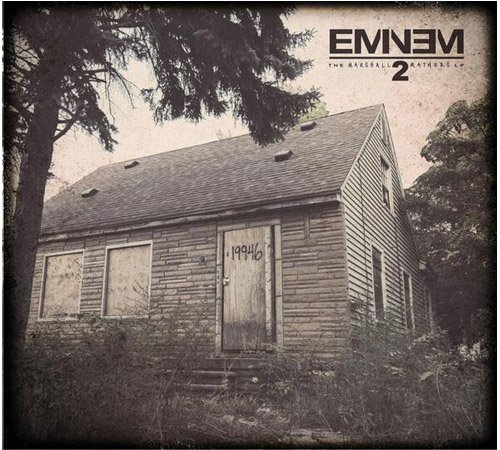 The record will feature new single 'Berzerk as well as the previously unveiled 'Survival'.