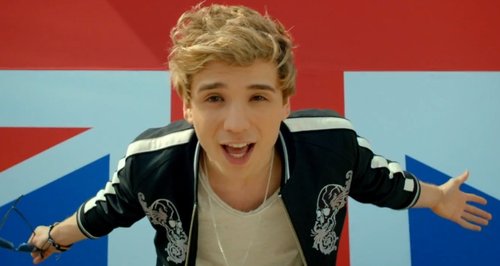 The 'Do It All Over Again' star heads across the pond for his latest music video.

Elyar Fox is back with the music video for his brand new single 'A Billion Girls'.

The UK singer heads to sunny Los Angeles for his latest video, while keeping a strong British theme throughout the promo.

Elyar is faced with a string of beautiful women during his travels, but only has eyes for one lady.

'A Billion Girls' is Elyar's second single, after he scored a huge Vodafone Big Top 40 hit with debut 'Do It All Over Again'.