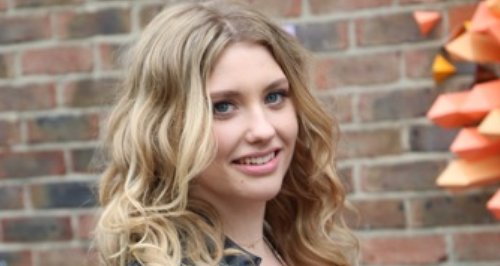 The 'Ghost' star has opened up about who she wants to join Louis, Cheryl and Simon on the show.

Ella Henderson has revealed the sort of judge she wants to see take the final spot on The X Factor UK judging panel this year.

The 'Ghost' singer, who competed on the 2012 series of the talent show, says she wants a "writer or a producer" to take on the last empty seat on the 2014 series.

"I don't know, there's talks of all different people!" Ella told Capital's showbiz reporter Kevin Hughes. "But I would love to see someone who's a bit more in the music industry, someone who kind of seems a bit more of a writer or producer or something.

"Someone who can bring a bit of a twist to the panel. But who knows who it will be?" the UK singer added.

Over the weekend it was confirmed that Louis Walsh will be back for his tenth series as a judge, joining confirmed panelist Simon Cowell and Cheryl Cole.

Ella Henderson releases her debut solo single 'Ghost' on 8th June, while her album 'Chapter One' follows in September.