Disclosure Confirm New Album 'Caracal' - To Be Released In September

Howard and Guy confirm the release date for the long-awaited follow-up to 2013's 'Settle'.

New Disclosure album alert! Guy and Howard revealed details of their brand new studio offering at the end of their Wild Life Festival last night (Sunday June 7th). The dance duo will release 'Caracal' on September 25th as the follow up to 2013's chart-topping 'Settle'.

Disclosure have been working on their second album release while on tour over the past 2 years. The guys dropped the first taster of the album's sound in May 2015 when they published new song 'Bang Bang' online. It's safe to say fans were impressed with the track. 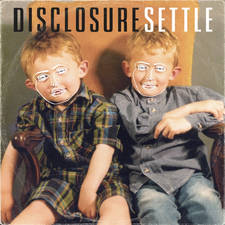 When A Fire Starts To Burn
Disclosure
Download on iTunes