He's only nominated for ONE Grammy Award this year, so you can see why he's a little peeved! But whoa... He might regret some of those Tweets in the morning. Gulp!

He's been nominated 15 times before, and has walked away with one, for his fourth album, 'F.A.M.E.', back in 2012. So you could expect Chris Brown to have tonnes and tonnes of nominations this year, what with him being a seasoned pro.

Well, you'd be wrong! The rapper has only received one nomination, after he featured on Nicki Minaj's track, 'Only'. His latest album, 'Royalty', did not receive any recognition from the awards' host. Awk. Ward.

#GRAMMY? This is probably the main reason i love being free to create any kind of music I want. Too many people kiss ass And work less

In true A-lister style, Chris took to Twitter to vent his rage. In a since-deleted post, he said "If u turn on ya radio right now I promise within the hour you will hear CHRIS BROWN on damn near half the songs or I’ve cowritten"... And, to be fair, he does kind of have a point.

> WATCH: This 5 Year-Old Kid Rocking Out To Craig David Is EVERYTHING!

He even went and slated the entire show, by saying "the awards used to mean something. Now it’s about likes, and memes."

But he did express his gratitude towards the fans who have all bought his latest album.

I'm thankful to my fans, I am able to be the best artist I can without having to conform to the ways of my peers.I also need my commission.

Let's just keep our fingers crossed that he does actually win this award this year... Otherwise we can expect a HELLA lot more anger after the ceremony. You've been warned. 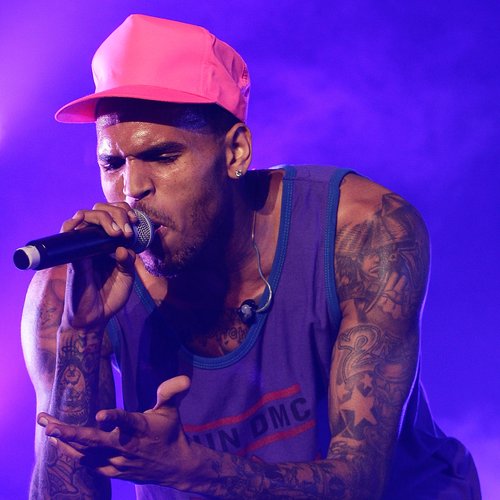