The 'Call My Name' singer uploaded an image of herself and mum Joan in celebration of the holiday.

Cheryl Cole celebrated Mother's Day by taking to Twitter to share a private picture of herself kissing mum Joan.

The '3 Words' singer uploaded the image to her social networking account as she wished her mum well on the special holiday.

" Happy Mother's Day Mam ❤, love you," she wrote alongside the image.

The '3 Words' star wasn't the only high-profile celebrity sharing a message to their mum on the day.

Rita Ora and Olly Murs were also vocal of their affection for their mum on Twitter and Adele said she's "never been happier" as she celebrated her first Mother's Day as a parent. 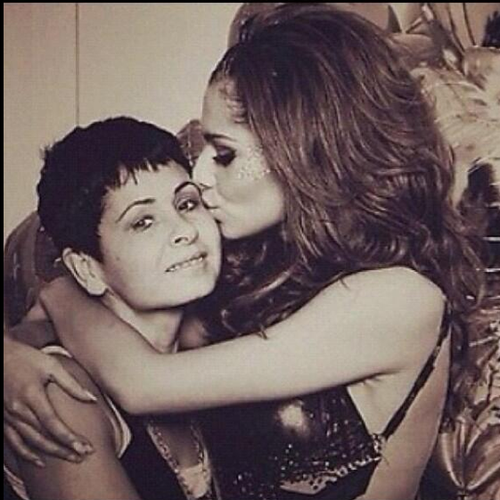 Meanwhile, the Girls Aloud singer has once again been linked with making a return to the X Factor as Simon Cowell apparently wants to get the singer back to America to take over from Britney Spears on the US version of the reality show.

Cheryl has also been forced to take to Twitter to deny rumours she's pregnant and hit out at old stories involving ex-husband Ashley Cole.