The stars cuddle up together for a picture on Instagram at the Los Angeles show.

Cheryl Cole and Kim Kardashian were seen hanging out at Kanye West's 'Yeezus' tour show in Los Angeles this weekend.

The pair had struck up a friendship on Twitter earlier this year after sharing compliments and met up at the show on Saturday (26th October) night.

Both stars shared pictures with each other on their Instagram feeds, with newly engaged Kim writing: "I found a soul sister in @CherylCole tonight #Yeezus."

The rapper was performing a headline show at the Staples Center and Cheryl was full of compliments for the star.

"Kanye West is a genius #fact," she wrote.

Check out the picture of the pair below: (Picture: Instagram) 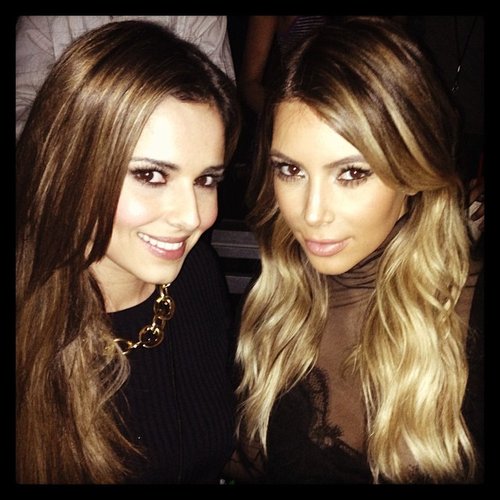 Kanye recently proposed to Kim in front of friends and family at the AT&T San Francisco baseball stadium.