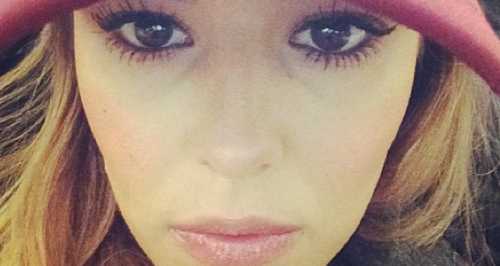 The 'Under The Sun' singer picks the One Direction star as the man she'd most like to be.

Cheryl Cole has joked that she would love to come back as One Direction star Harry Styles in another life.

The 'Call My Name' star shared the funny Twitter message with her fans online this week, after posting a glum selfie online earlier in the day.

"I have decided that when I come back I want to come back as a guy (preferably Harry Styles) #nextlife," Cheryl posted, receiving a huge amount of retweets from her four million followers.

Cheryl had earlier uploaded a close-up Instagram picture of herself looking sad alongside the caption: "Not today".

The UK singer is currently working on new music for her next studio album, the follow-up to 2012's 'A Million Lights'.

Cheryl Cole has been heavily rumoured for a return to The X Factor UK judging panel this year, with boss Simon Cowell claiming she would be "crazy" to turn down a return.