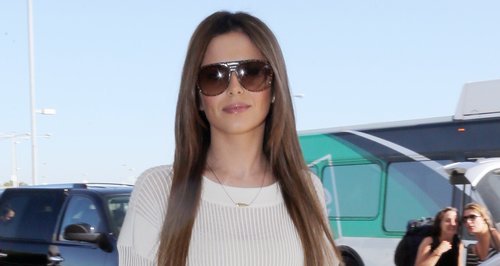 The 'Under The Sun' singer posted a message wishing Cher "many more happy years" to come after her wedding.

Cheryl Cole has congratulated her former protege Cher Lloyd on the news that she and fiancé Craig Monk have gotten married.

The 'Want U Back' singer confirmed her wedding news earlier this week (20th November) by posting a picture of herself and new husband Craig on her Twitter, wearing a strapless dress and holding up a bouquet of flowers.

'Call My Name' singer Cheryl, who mentored Cher during her time on The X Factor UK back in 2010, took to Twitter this week to send her best wishes to the newlyweds.

"Wow!! Heard your good news. Congratulations @CherLloyd," Cheryl tweeted to the 'Oath' singer. "I hope you have many more happy years and memories to come. Cheryl x.

"@CherylCole thank you so much!!!" Cher later replied to show her appreciation, before posting out to her followers: "Thank you for all your lovely messages!! I'm so happy!!!"

Cher Lloyd is set to release her new album 'Sorry I'm Late' in early 2014 while Cheryl Cole is also said to be working on new solo material.