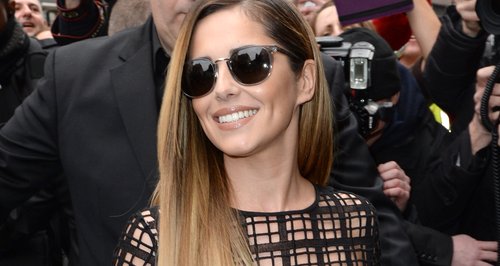 The 'Under The Sun' singer is said to want some moral support when the shows begin this year.

Cheryl Cole has reportedly asked ex-boyfriend Tre Holloway and ex-husband Ashley Cole to come down to The X Factor UK shows this summer to support her backstage.

The 'Call My Name' star confirmed her return to the show last week for the 2014 series, where she will rejoin the returning Simon Cowell on the judging panel alongside two unconfirmed stars.

Fresh reports suggest Cheryl wants both Ashley and Tre on call to join her backstage when the series kicks off to "calm her down".

"She will be a bag of nerves backstage at the shows and she knows Ashley and Tre have always been great at calming her down," a source told the Daily Star Sunday this week. "She's still friends with both of them and will have them on her guest list to hang out."

> Who is Cheryl Cole working on her new album with?

"They've both already agreed to come," the source claims. "Tre will be at nearly all the shows and Ashley is ready to step in on the days when he won't be able to get there."

Cheryl Cole returns to this year's X Factor after leaving as a judge back in 2010.

The X Factor UK has yet to announce who will join Cheryl and Simon on the panel, with names including Louis Walsh, Olly Murs and Rita Ora being floated around.