'1999' singer, Charli XCX, has responded to claims her fans were being disrespectful at meet and greets by getting her to pose with objects some see as inappropriate.

Charli XCX has released a statement following claims that fans were disrespecting her during meet and greets, calling out 'fake 2019 wokeness' after one fan was called out for 'forcing' the star to sign a douche and asking her to pose with with recreational drug known as 'poppers.'

Hitting back on Twitter, the singer who is known for having a close relationship with fans, wrote: "Ok, I've been telling myself not to say anything about this but I just have to."

"Suggesting that fans are taking advantage/being abusive...because of certain items that have been signed or brought alone to meet and greets are just so ridiculous and pretentious."

"It's all wrapped up in this brand of '2019 wokeness' that I cannot stand: it does more harm than good and just encourages people to attack and harass one another online."

"To fans who have rushed to my defence because of certain things that have happened at recent m&gs- you are very sweet but your concern is unwarranted."

"If this very ridiculous narrative continues around [m&gs] I will cancel all of them."

A NOTE ON “2019 FAKE WOKENESS” AND MEET AND GREETS. THANKS FOR READING. pic.twitter.com/Gou5F5jevo

She then added a tweet, saying: "have some respect. that’s all".

have some respect. that’s all.

It all began when fans took to Twitter to show off their meet and greet photos with the 'Boys' singer, firstly with one showing the star holding a relatives ashes, something she told i-D made her uncomfortable.

She said about the photo: "My face is sort of like…. Well, you can see it in my eyes, I’m afraid...holding the ashes was… new, and hopefully a one time thing."

Another photo then surfaced, showing Charli's autograph on a douche, which many commented on as 'inappropriate' and 'not funny'.

The fan admitted the singer didn't know what it was when she signed it, but also clarified that it was unused- saying they apologised to the singer, but she insisted one wasn't necessary.

So, Charli has proved once again she's ride or die for her fans, and will defend them until the end!

> Download Our App For All The Latest Charli XCX News 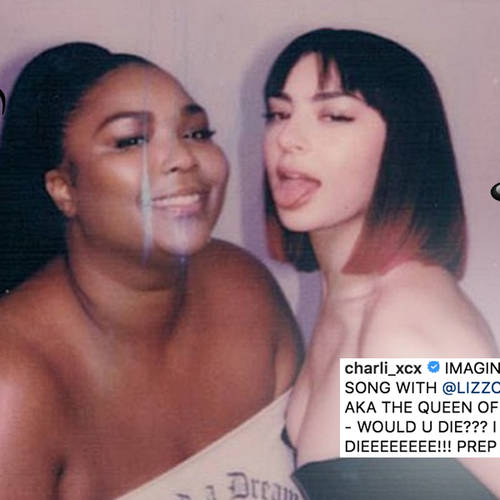