Roman challenged Brad to put his phone where his mouth is, and trade, sending a text message to whoever they want. This is REALLY, REALLY not what you need your Mum to see!

The Vamps dropped by to have a chat with Roman, but before the interview began, Roman thought he'd have a little fun with Brad...

You see, he traded phones with a very reluctant Bradley, and they each got to write a message out for the other, sending it to a few contacts.

> We Got The Vamps To Arm-Wrestle One Another. Place Your Bets NOW!

Roman went with "Hey, guess who - it's the Big Boy Brad". We can definitely get on board with that name. He then went on to write how he [Brad] was up all night, thinking about the recipient, but that it's time they should let it all go. At least he didn't send it to the likes of fellow bandmate, Connor Ball and Brooklyn Beckham. Oh wait; he did. 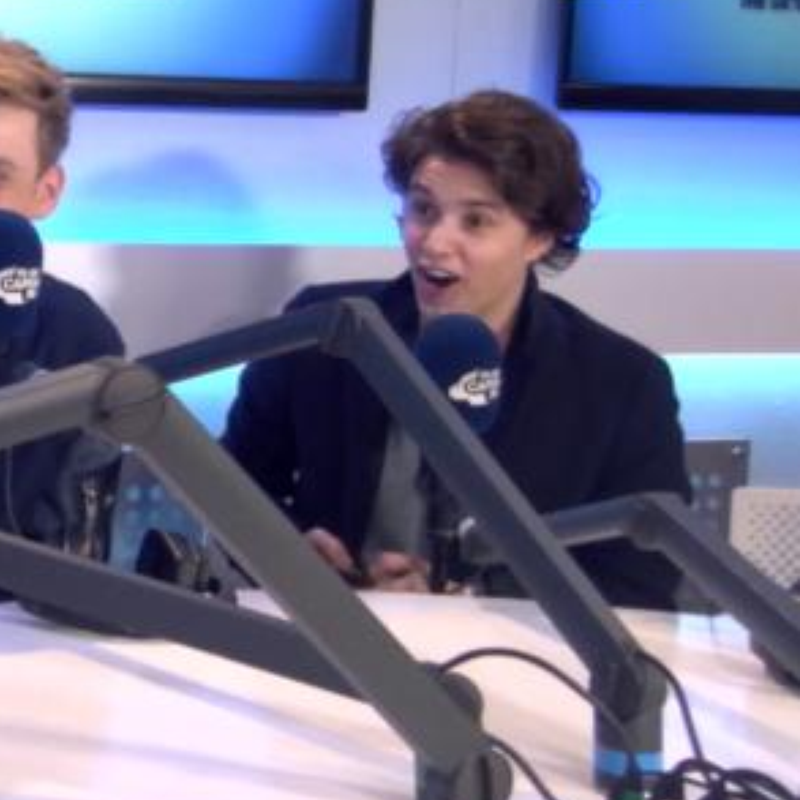 Luckily, Brad's vocal coach thought the text was for someone else. Well, luckily for Brad anyway. Roman didn't have that same luck.

Brad used Roman's phone to write how - even though he really enjoyed last night - he [Roman] had left his whips around the recipient's house. Brad then went on to send it to the likes of Lethal Bizzle, and... Roman's Mum.

Her. Reaction. Is. Priceless.

> After MONTHS Of Fangirling, The Vamps' James McVey Has FINALLY Lived Out His Dream!