WATCH: "Who The F***?!" - Sonny Jay Winds Up The Rock And Kevin Hart When He Asked Them Who Farted!

On a list of people not to mess why, Dwayne 'The Rock' Johnson scores pretty highly. (Kevin Hart? Meh. Not so much.)

That's why we felt a wee bit sorry for Sonny Jay, when Roman Kemp set him the task of interviewing and slipping in some pretty cringe phrases during. 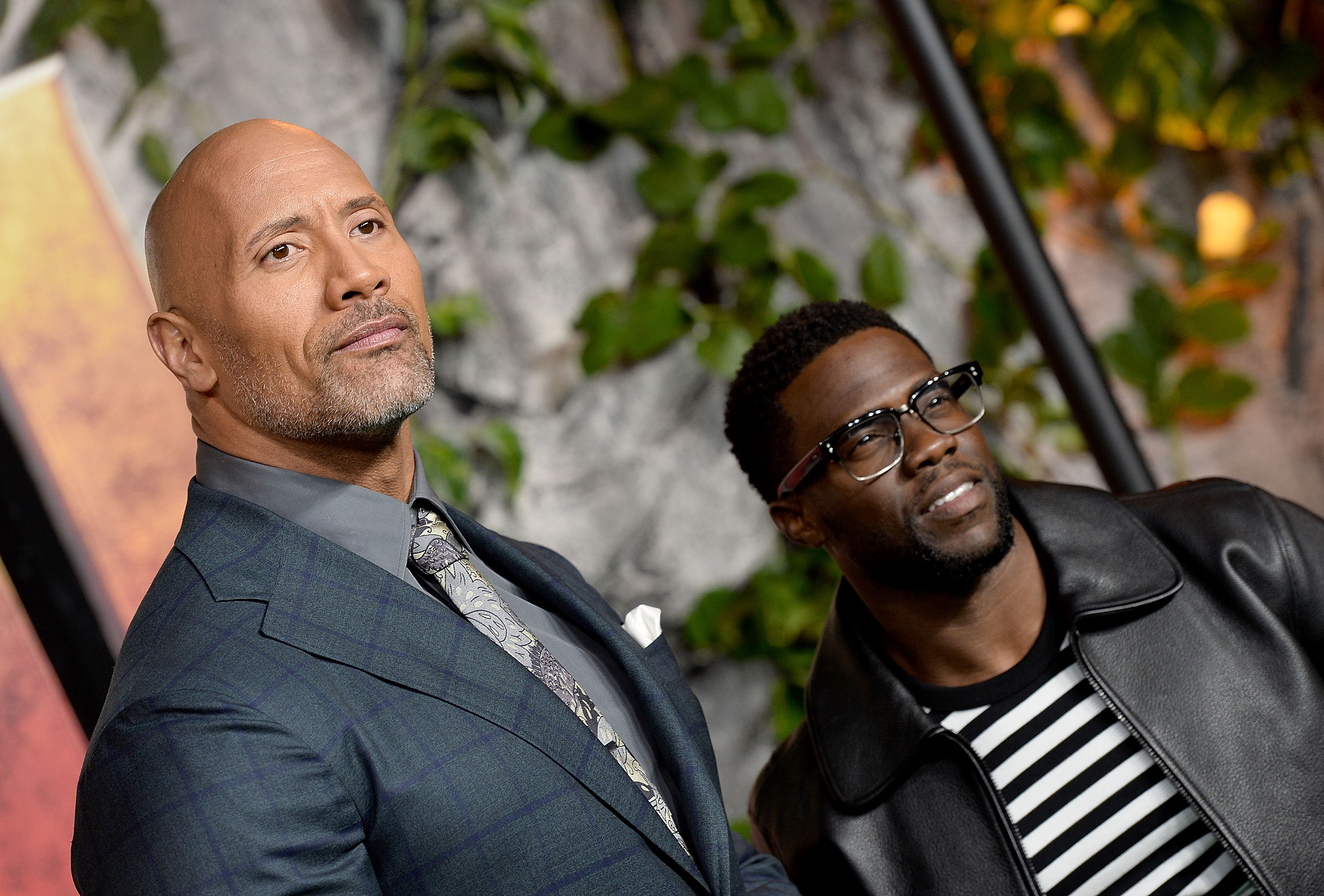 While chatting about 'Jumanji: Welcome to the Jungle' - or, as Sonny calls it, Ju-Man-A-Gee' - he questioned as to whether or not Kevin Hart farted during, and started discussing how much of better actor Triple H is, compared to Dwayne.

It ended pretty quickly when Dwayne Johnson raised his iconic brow and simple shouted "WHO THE F*** IS ROMAN KEMP?!"

NOTE: Roman, next time you dare Sonny to make a pleb of himself in front of two Hollywood A-listers, get ready for it to come back and bite you.

> From The Rock To Little Mix, Roman's Been Catching Up With The World's Biggest Stars, And You Can Catch It On Our App!

The guys' 'Jumanji: Welcome to the Jungle' co-stars, Jack Black and Nick Jonas, swung by to sing some Christmas tunes with Roman Kemp...