WATCH: Daisy Ridley Rips James Corden A New One When She Learns Some Cringe Truths On A Lie Detector

NOTE: If you see Roman Kemp holding a lie detector kit, run. James should have.

James Corden and Daisy Ridley were very good friends, having both been a part of the new ‘Peter Rabbit’ movie. Notice how we said “were”.

After the Hollywood A-listers popped by to chat to Roman Kemp, they may not have left so appreciative of each other.

> If You Can Beat John Boyega In This Star Wars-Theme 'Try Not To Laugh' Challenge, You're A Hero 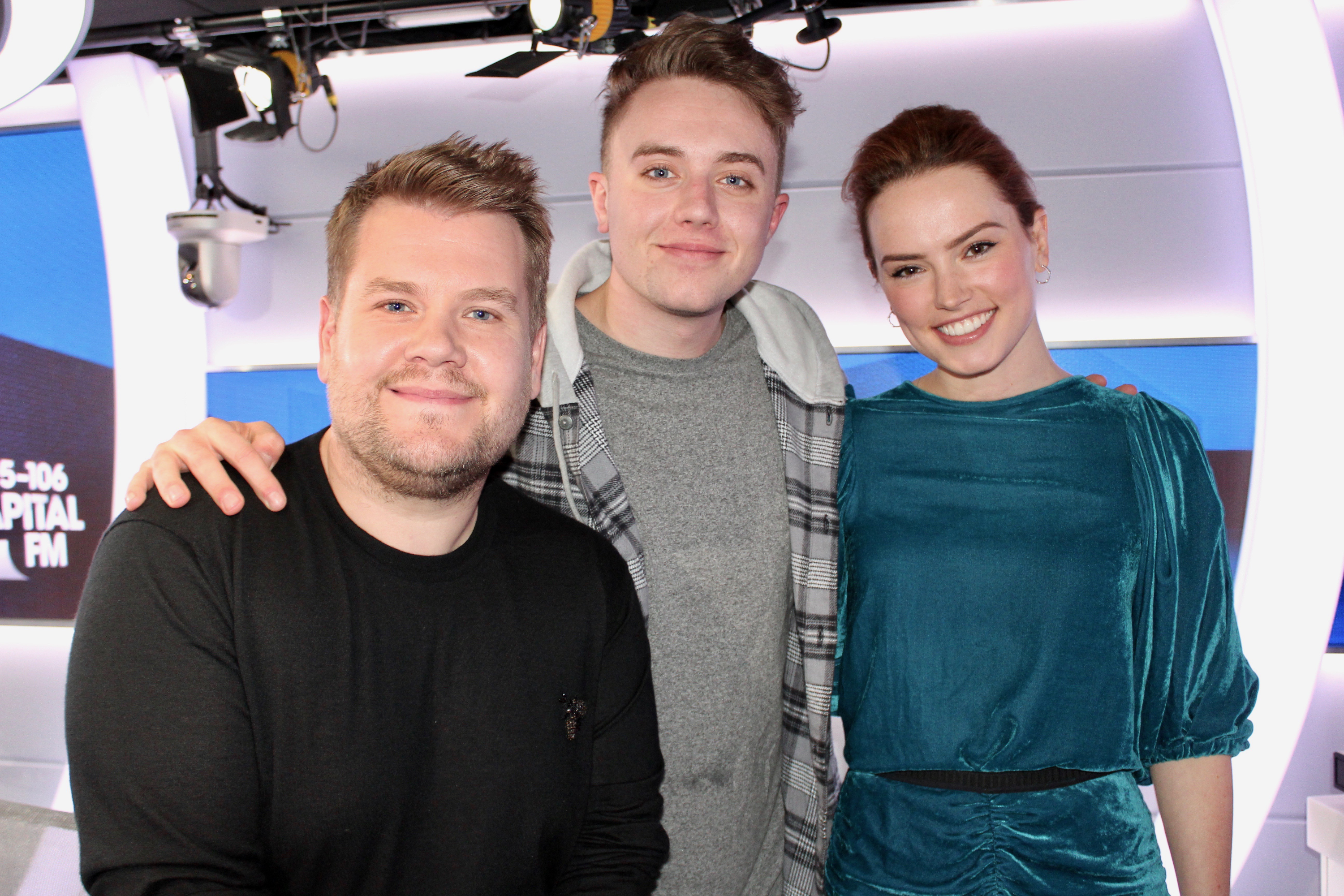 Roman Kemp hooked James Corden up to a lie detector kit (which – James asked us to stress – is accurate only 96% of the time). Here, the ‘Star Wars’ icon was allowed to probe James with any question she desired… And she went in.

After warming up with some pretty tense questions, like how much he actually liked the movie ‘Peter Rabbit’, Daisy went in for the kill – she asked the ‘The Late Late Show’ host how much he searched for himself on Google. Needless to say, the response was pretty embarrassing.

It wasn’t long, however, for James Corden to get his own back on Roman Kemp. Ripping off the equipment, James hooked Ro up to the kit, and enjoyed every moment of revenge, by grilling him about his love for Capital. Just know that if Roman sounds excited about giving away #CapitalSTB tickets, he might not be…

While his co-star may have been in the sci-fi franchise, James wants you to know he was NOT in 'Star Wars'...