It's Official! One Direction Have The Best Fans In Pop 2016!

You did it #Directioners - you beat off the competition to become the most influential fandom around!

For the last three weeks, we've been on the hunt to find the BEST fans in pop - and we have a winner!

Over 28 MILLION votes have been counted, and we're proud to say that One Direction have picked up the award for #BestFans2016! 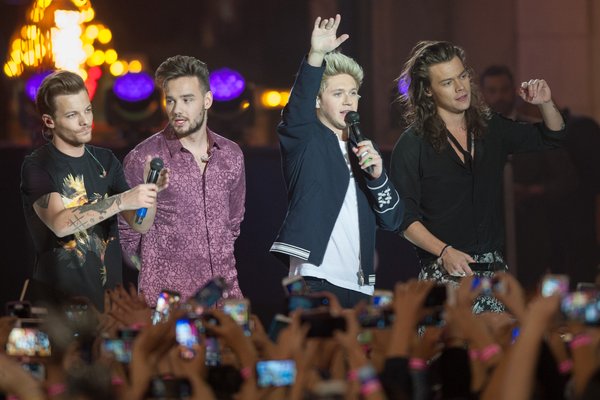 Directioners voted over 7.3 million times for their idols to pick up the accolade, beating off stiff competition from 24 other huge hit music artists and claiming 27% of the overall votes.

Demi Lovato was a close second with 23% of the votes, and Justin Bieber slipped to third place after leading the competition for nearly 2 weeks - #Beliebers voted for JB over 4.6 million times.

After claiming the crown last year, Lady Gaga's #Monster slipped to fourth place for 2016, and for the first time, the Harmonizers made enough noise to secure the Fifth Harmony ladies a place in the top 5.

This is great news for fans of Harry, Liam, Louis and Niall, after a very turbulent 12 months in the One D camp.

News broke in 2015 that Zayn Malik decided to leave the band during their On The Road Again world tour, and just months later the remaining lads dropped the bombshell the group would be taking a hiatus later that year.

But things are looking up for Directioners in 2016; Louis introduced us to his little bundle of joy, Freddie, the music video for 'History' brought us ALL to tears, and now the fandom have the honour of knowing they're the best in the world.

Check out the full Best Fans In Pop 25 results below.