Directioners the world over were driving themselves crazy earlier this year when news broke that Briana Jungwirth had finally given birth to Louis Tomlinson's son, speculating what their little bundle of joy was called - but one small group of trolls were a little sceptical.

After weeks of negative comments from the trolls, baby momma Briana took to Instagram to fight back after sharing a selfie with her adorable son Freddie Reign Tomlinson. 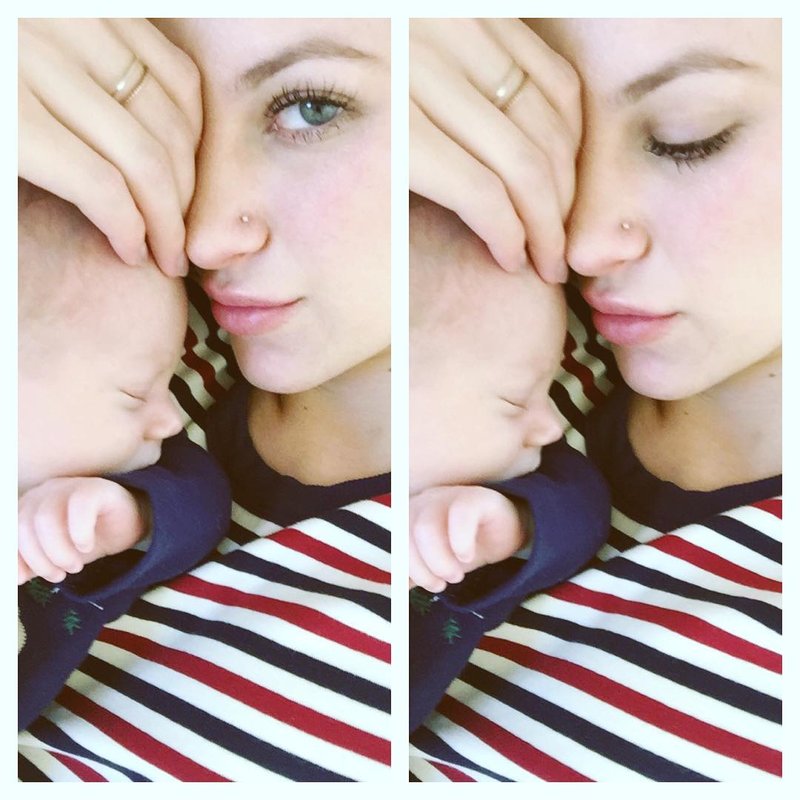 Although the majority of the comments on Briana's now private profile were positive, she did have to fight back at people accusing her of faking her entire pregnancy and stealing photos.

Freddie Reign Tomlinson was born on 21st January 2016, but it was over a week until Louis' first born son was officially named.

First up, one newspaper reporter Sydney Rain... then the fandom made Conchobar (pronounced like Connor) a worldwide trend, then you all overwhelmingly voted for Larry in our poll... But now, Louis has confirmed that his little bundle of joy is actually called Freddie Reign!

According to a close source to the band told TMZ that Freddie was picked because Louis "liked the look of it" and Brianna didn't object.

Brianna wanted her son to have an "earthy" middle name, and initially wanted "Rain", but decided it sounded too girl - so obviously went with the more regal sounding "Reign".

Louis was the first to share a picture of his offspring to his millions of Instagram followers earlier this week.

As cute as Freddie is, we have to admit that the Conchobar trend was a lot more fun for memes.

The story of how Louis named his kid Conchobar pic.twitter.com/ppcxKTyn6G

The story behind Conchobar pic.twitter.com/Bv0tAMHfsC

It was the moment all #Directioners had been waiting for last Friday. The internet pretty much exploded with rumours that Briana Jungwirth had given birth to Louis Tomlinson's baby - and the man himself posted to share his joy at the birth. N'awww!

Louis Tomlinson's Baby Mumma Shows Off Her Bump For The First Time - But Is It Really Her?

I'm pleased to say my baby son was born yesterday :) He is healthy and pretty amazing :) I'm very happy!!

The post that got fans riled up yesterday from an Instagram account believed to belong to Briana's grandmother read, "Louis just let Ur heart dance. U now have another you. A gift that will want to be just like YOU. Love him & my young grandchild that gave him to you. LET her know she's special. She just wanted to love U not even knowing who U were or your profile Ur & reputation. Be free & just LIVE. It's simple. Not complex.

"Be free with love of yourself & Ur child that will want to be just like U. That is, If U let him. He'll be watching all U do. And hope to be just like U, if U let him. A little boy that's just sees you. Take charge.& repect Briana that was willing to go throw it all. She's never loved before." 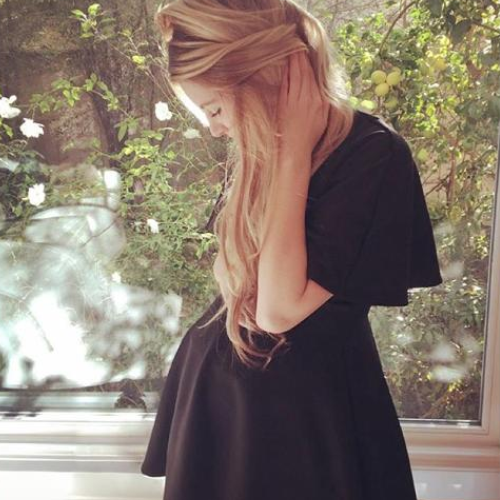 From a bit of investigation, the account DOES have a lot of old photos of the family and videos and selfies of Marianna... however the account first posted just 24 weeks ago - making it the start of August - which means it was created after the news broke that Briana was expecting Louis' baby. Hmmm...

However, there is also a Twitter account for Marianna Case which was opened in 2011 which DOES belong to Briana's nan, as there are photos of her with her daughter and granddaughter from WAY before the news broke.

Another account, rumoured to belong to Briana's mum, under the moniker '1beachgirlxo' has been posting photos of Bri with her baby bump - and we don't quite know what to believe any more! There was the bump pic without her face in it:

A photo of Briana and her mum where her bump was looking pretty big:

And there was even a pic of the pair of them dressed up in wigs for Halloween, where you can also see Briana's growing stomach:

Me and my baby girl! Happy Halloween

The news that Louis was set to become a dad broke back in July 2015 - and while the One Direction star has remained pretty quiet on the subject he said in a Good Morning America that "Obviously it's a really exciting time, so i'm buzzing, thank you."

A friend of Louis also told the Mail Online, "Although they're not romantically involved, Louis thinks Briana is a great woman and will be a fabulous mother. Louis has been helping Briana financially and is prepared to get stuck in with all the tasks that caring for a baby demands."

After the news broke, some Directioners were not convinced it was true before Louis confirmed it himself. There were those that thought mini-Louis was here:

Congratulations to louis and Brianna. A baby is aways a blessing #WelcomeBabyTomlinson

@Louis_Tomlinson Congrats on the baby.

A very lucky Baby Jacob was born today! Congratulations @Louis_Tomlinson I know you'll be the most amazing dad! #WelcomeBabyTomlinson

And those that believed it was yet another hoax:

"Louis is officially a dad! They had a baby boy " N O

harry and louis MIA, no offical baby confimation, WRITE THAT DOWN. https://t.co/Dxbwd2O0c3

Welcome to the world little man! Keep it Capital for all the news on Louis Tomlinson's baby as it happens.