Watch the former X Factor stars chatting before their performance at Wembley Stadium on a golf buggy.

Union J said they were "terrified" just moments before taking to the stage to perform at the Summertime Ball 2013.

The 'Carry You' stars are making their debut performance at Wembley Stadium and were joined by Capital on a golf buggy making their way to the stage.

"80,000 people – it's terrifying. The first time we came in here yesterday was incredible to see the stadium," revealed JJ. "So just to be able to perform here is an honour."

Josh has been coming to the event as a punter for the last few years and said it's great to be on the other side.

"It's weird, I've been here every year for the like the last four years to see the Summertime ball, so to be actually performing is absolutely crazy for me," he added. 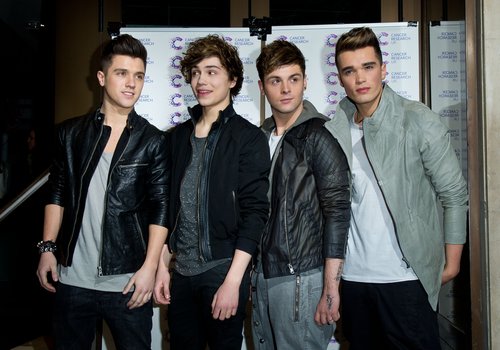 George continued: "I just can't comprehend how many people are going to be looking at us, we're only used to 80 let alone 80,000."

The boys also said they will be ok screaming the famous 'Hello Wembley' line as they take to the stage because they practiced when on their X Factor tour and performed at nearby Wembley Arena.

"On the X Factor tour we had a little competition to see who could say 'hello Wembley' the most' and we won within two performances," declared Jaymi. "We said it like 36 times. So I think we're well equipped."

Watch Union J speaking to Capital's Kat Shoob on a golf buggy on their way to the stage at Wembley Stadium below:

Taylor Swift, Robbie Williams, The Wanted, Jessie J and Will.i.am will also be among the star performers today (9th June).

On Twitter, keep it @CapitalOfficial using the hashtag #CapitalSTB and download the Capital Appto watch all the live performances.