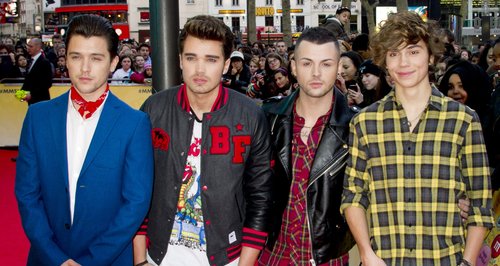 The band have promised that their maturity will come across in the songs from their next record.

The 'Loving You Is Easy' four-piece are back in the recording studio working on new music right now, and have teased a potential "folk and country" sound as part of their new direction.

"We've been working on some new stuff and we're really enjoying it, it's very different," George Shelley revealed Bang! Showbiz. "It's a lot more acoustic.

"It's more like folk and country music than before," he explained. "We're happy we're getting to choose what we want to put out there as before we were kind of told what we were meant to be doing.

"We're a bit older now, you know?" fellow Union J star Jaymi Hensley explained. "It's been a year since X Factor so we want to show that we've matured and I think that will come across in our new stuff.

"We've worked really hard on it and we're really happy with it so hopefully people will like it too," he added.

Union J launched their debut album in 2013 and have promised to "come back fighting" later this year with a new album.