Yikes Josh Cuthbert! Check Out 8 Of His Best Faces Via Gifs, Vines And More! 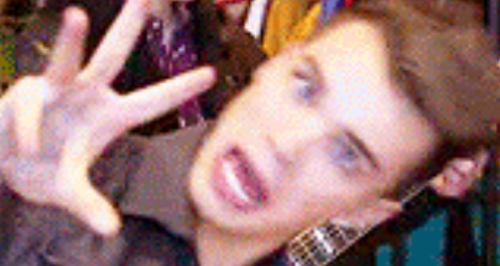 Is it wrong that we still think the Union J lad is fit when he's making these weird faces?

We're used to seeing his sexy smize, but occasionally his face goes a bit rogue, and creates these AMAZING facial expressions.

It's fine though, we definitely still fancy him.

We feel like Josh is trying to hypnotise us with his spirit fingers and his intense stare. Seriously though, you don't HAVE to hypnotise us, we're pretty open to doing whatever you want...

We see you, Cuthbert. Looking like butter wouldn't melt… How can you stay mad at this face? You can't, can you?

HUUUUURRRGHHHHH! You're letting the flies in, Joshua…

Any #JCat worth their salt knows that Josh's secret talent is making a duck noise with his neck - and the face that accompanies it is pretty priceless too!

Because, yum. He's topless, he's dancing and he's giving GREAT face. What more could you want?!

Gale force winds? No probs. The quiff may not be intact but the face managed to survive the blast of air.

7. The Singing In The Car Face

We've all been caught unawares mid-song on the motorway, but the Cuthbert does it in style!

We just wanted to shoe-horn this clip of Josh Cuthbert's hip action in somehow. You can thank us later for this one…

> If you liked these clips of Josh Cuthbert, why not check out why George Shelley would make a great BFF right here?