Union J Are Back... And Things Have Changed Since The LAST Time You Saw Them 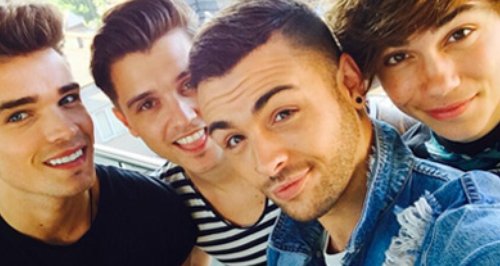 The boys say it's a "fresh" them as they prepare to drop new single 'Tonight (We Live Forever)'.

Get ready for a whole NEW Union J when the boys return with their next single… and a new album, later this year!

The 'Loving You Is Easy' four-piece have new single 'Tonight (We Live Forever)' coming next month, and say people will be surprised by the changes the boys have gone through recently.

"You will see a lot more realness from us this year," JJ Hamblett explained to the Daily Star this week. "It's taken us this long to realise we don't have to new what everyone thinks we should be.

"People will respect us more if they see us be ourselves," Josh Cuthbert explained, while Jaymi Hensley added: "People expected us to be like [One Direction]. This now feels like a fresh start."

The boys have been hard at work over the past year on music for their new album, the follow-up to their 2013 self-titled debut, and their #JCats couldn't be ANY more excited.

Up writing a song, what you doing? X pic.twitter.com/HrjMYHFSTz

It's clear the Union J boys have never forgotten about their fans, and are ready to bring them a NEW dose of music later on this year with #AlbumTwo.

I don't say this enough....Thank you all so much for sticking by us over the last year. Your support is beautiful + we cant thankyou enough