Not one to be beaten by The Vamps, JJ and George of Union J proved why they're the new kings of Capital's Chubby Bunny Challenge!

During his backstage takeover of Capital's Jingle Bell Ball with Morrisons, Roman Kemp has been challenging the UK's hottest bands to a very special contest!

Not just content with having the UK's BIGGEST Balls at Christmas, we decided we should have the Internet's BIGGEST Chubby Bunny challenge!

We found the biggest marshmallows we could, and challenged Union J to see how many they could fit in their mouths whilst still being able to say 'Jingle Bell Ball'.

After The Vamps' James only managed 2 marshmallows, Union J didn't have much to beat - but they weren't content with a small victory, George and JJ were determined to set an unbeatable record! Even Roman couldn't keep up with the 'You Got It All' singers!

Find out if the likes of 5 Seconds of Summer and Rixton can beat the Union J boys when Roman takes over backstage at London's O2 for the second night of the Jingle Bell Ball with Morrisons - Sunday 7th December 2014.

Union J's iTunes-topping smash 'You Got It All' is available to download now - with their new album released on Monday, 8th December! 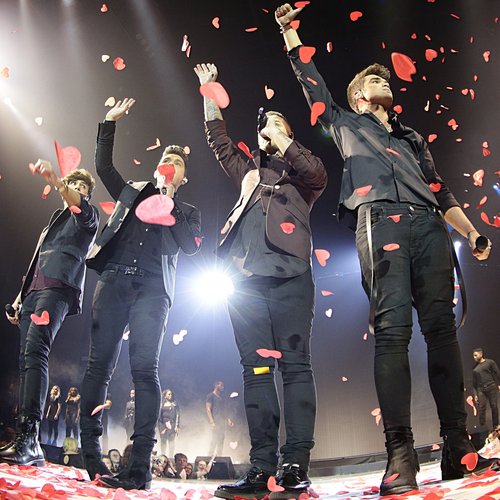