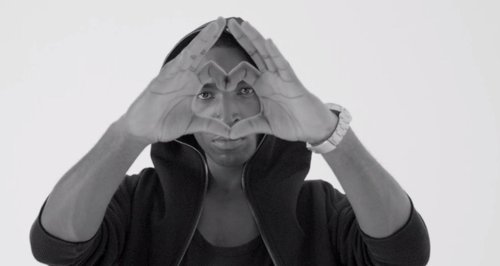 The 'Lover Not A Fighter' singer lets his emotions go wild in his explosive new video.

The 'Pass Out' rapper returns with the fourth single from his album 'Demonstration', and teamed up with popular photographer Rankin for the new video.

Being revealed on HungerTV.com, the video sees Tinie being filmed in black and white in Rankin's studio, as tension mounts throughout the track building to an explosive finale.

'Tears Run Dry' follows hits like 'Trampoline', 'Children Of The Sun' and 'Lover Not A Fighter' from Tinie's second studio album 'Demonstration'.

Don't forget you can ALSO check out more music videos by Tinie Tempah on Capital TV by watching online or through Sky 388 and Freesat 517.