Two British talents team-up to bring one of 2015’s BIGGEST anthems to the #CapitalJBB.

Tinie Tempah and Katy B surprised us ALL with their mega team-up track ‘Turn The Music Louder (Rumble)’ earlier this year and so you just knew the party was gonna go OFF when they showed up at Capital’s Jingle Bell Ball With Coca-Cola.

And this pair of homegrown UK talents didn’t disappoint with their performance - Tinie was full of swagger and SMASHED his rap while Katy B was SO on point with her vocals. 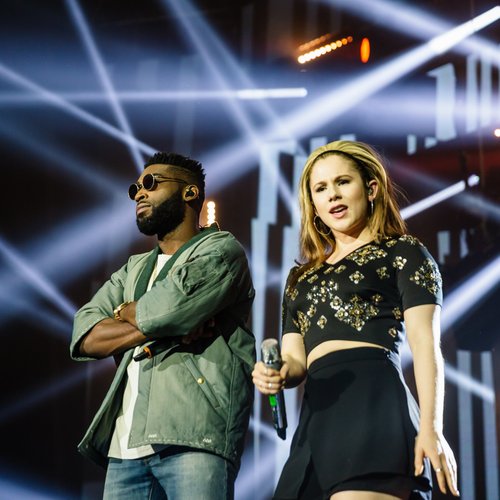 The two stars teamed up with house music star KDA for ‘Turn The Music Louder’ and with both being former Jingle Bell Ball performers it was clear they felt right at home up on that stage at London’s The O2. The party starts right here!