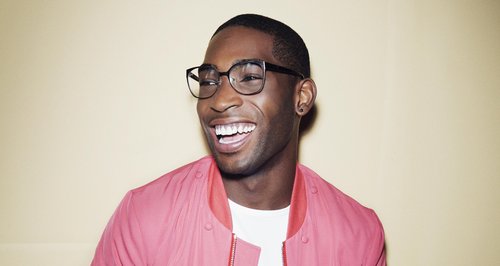 The 'Trampoline' rapper will embark on an eleven-date tour across the UK this December and Capital listeners can get their tickets early!

Tinie Tempah has announced details of eleven UK arena show dates in 2013 as part of a brand new tour.

The 'Pass Out' rapper kicks off his 2013 UK tour in Aberdeen on the 2nd December before moving on to Manchester, Leeds, Nottingham, Glasgow, Newcastle, Liverpool, Cardiff, Bournemouth, Birmingham.

'Trampoline' rapper Tinie's live shows are set to come to a close on the 18th December at London’s O2 Arena.

Check out the full list of Tinie Tempah 2013 UK tour dates below:

Get your tickets early! Capital listeners will be invited to get tickets for Tinie Tempah's 2013 UK arena tour early from 9am on Thursday 19th September in an exclusive VIP pre-sale right here on capitalfm.com.

General tickets go on sale Friday 20th September and to book yours simply call the Capital FM ticket line on 0330 33 33 123 or buy them here online.

Tinie is also set to perform a headline set at London's Roundhouse later this month for the iTunes Festival 2013, which is expected to feature his recent hit 'Trampoline' plus new single 'Children Of The Sun', which got its first play on Capital earlier this week.

Keep it Capital all this week for your chance to win iTunes Festival tickets or enter to win online here.

Enter below for your chance to win the first pair of tickets to Tinie Tempah's London show this December below...