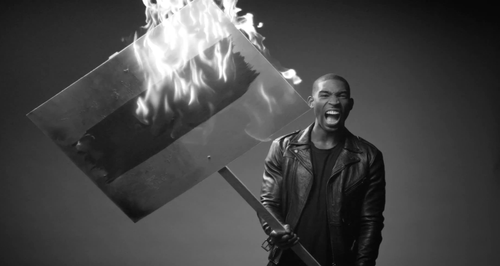 Tinie Tempah has unveiled his new single and the first to be taken from second studio album 'Demonstration'.

The song is called 'Trampoline', features US rapper 2 Chainz and was produced by Diplo.

"I didn't want to over-think the first single too much but I knew it had to be a transition between the first and the second album," Tinie revealed. "I describe it as being like a climax."

The track also received high words of praise from close friend Jessie J who took to Twitter to reveal her thoughts.

*Warning, this song features material which may cause offence*

Tinie Tempah will release new single 'Trampoline' on 4th Augusts with his new album 'Demonstration' following later in the year.

The rapper also recently revealed how artists such as Daft Punk have inspired his forthcoming record.