Tinie Tempah's Got A LOT Of Love For Our Cheryl... And We Couldn't Agree With Him More! 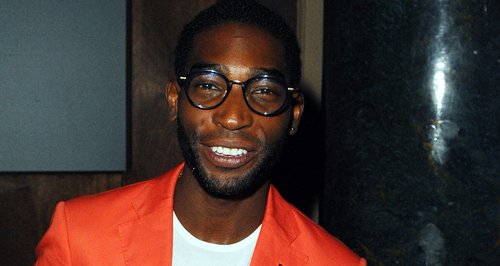 Tinie gives us the inside scoop on how well he and Ms. Cole got on in the studio recording their future hit.

We're in TOTAL agreement with Tinie on this one… our Cheryl really IS a "national treasure!"

'Pass Out' rapper Tinie Tempah's been singing Cheryl's praises this week, after we got to catch up with him out at one of the London Collections: Men shows this week in the UK Capital.

Tinie couldn't stop gushing about his team-up partner on new single 'Crazy Stupid Love', and it's clear these two are unstoppable when they get in that recording studio together.

"I don't know any guy in this country or this world in fact that would turn down making a song with Cheryl, so I did," he explained. "It was definitely a big deal for me and I'm just glad people are reacting so well to it.

"We haven't met that many times but it's strange when you meet somebody and you're just comfortable around them straight away," Tinie continued. "I definitely had that with her. She's a lovely person, so down to earth as well."

The pair are set to release 'Crazy Stupid Love' on 20th July… which seems ages away but until then keep listening it out for it on Capital to tide you over.

Don't know about you… but this just makes us even MORE excited for Cheryl's set at the Capital Summertime Ball 2014 this Saturday (21st June). Bring it on Chezza!