The 'Frisky' rapper has topped a list of stylish men including the like of Labrinth, Noel Gallagher and Dizzee Rascal.

Tinie Tempah has topped GQ's 2012 list of the best dressed men in Britain.

The 'Pass Out' rapper, who also runs his own fashion line, topped the magazine's annual top 50 list ahead of Manchester City player Mario Balotelli in second and Doctor Who star Matt Smith in third place.

Tinie's 'Earthquake' collaborator Labrinth charted at number 41 on the list while Mark Ronson landed at 21 and Dizzee Rascal just missed out on the top ten with an 11th charting position.

The 'Written In The Star' rapper was reportedly selected for his "true passion for elegance and proportions".

Tinie launched his Disturbing London fashion range back in December 2011 and has since been working "non stop" to develop the range into a full clothing line.

Tinie Tempah is currently recording his second studio album which is expected to be released later this year. 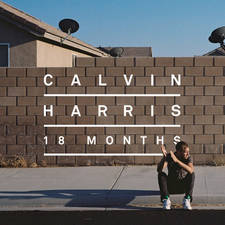