The Vamps Have Launched Their Own Record Label – And Already Signed Up A Boyband! 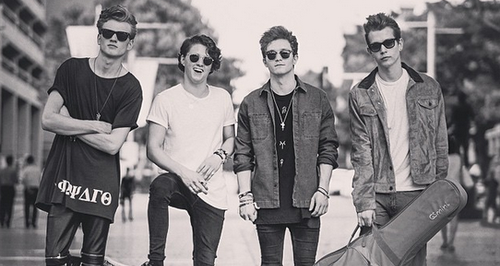 The Vamps have taken another young four-piece under their wing as the first signing to their brand new record label.

Those boys from The Vamps are just going from strength to strength! As well as getting ready to set off on their first headline arena tour, they’ve just launched their own record label too!

The band have yet to decide on a name for their label, but they will be working in partnership with EMI/Universal on the offshoot – and they’ve already signed their first act.

Brad Simpson, Tristan Evans, Connor Ball and James McVey are responsible for discovering and developing new talent for their new label, as well as helping their recruits to produce new music and having them on tour with them.

Good morning UK!! Our first show with @TheVampsband is exactly seven weeks away!! Who will be there to see us? pic.twitter.com/AEqDKx5GQv

Their first project is The Tide, an LA based teen boyband – and who better to advise them on the industry than the Vamps’ boys?

The Tide will also be joining The Vamps on their arena tour alongside Union J who are also supporting on the 17-date tour round the UK.