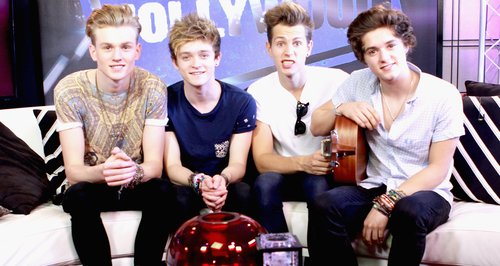 The 'Wild Heart' four-piece say they may feature on another song with the 'Mama Do' star.

The Vamps have teased a potential second team-up with 'Nasty' singer Pixie Lott may be on the way.

The 'Can We Dance' four-piece recorded a duet with of their new single 'Wild Heart' with Pixie as a special alternative to celebrate the song's release over the weekend.

However, the boys have now hinted that they may return the favour when Pixie returns with her own new album later this year.

"The one we did with Pixie Lott is great," singer Brad revealed to Digital Spy this week. "She smashed the vocals as she's got an incredible voice.

"We may be on something of hers," the 'Can We Dance' singer also teased. "But who would know? You'll have to wait and see."

The Vamps' new single 'Wild Heart' is out now and reached the top five on the Vodafone Big Top 40 this past Sunday (19th January).