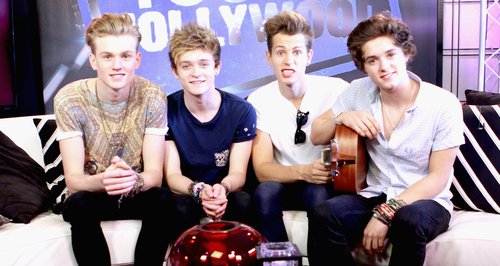 The UK band are set to follow-up on their huge success with 'Can We Dance' with another new track.

The Vamps have unveiled the official single artwork for their brand new song 'Wild Heart'.

The 'Can We Dance' four-piece announced yesterday (20th November) that the song will serve as their second single and is set to receive its first play on Capital on Monday 25th November.

Tristan, James, Connor and Bradley revealed the artwork for 'Wild Heart' earlier this morning (21st November), which can be seen below:

Earlier this week the boys treated their fans to a new video for their cover of the 1997 Hanson hit 'MMM Bop'.

The Vamps are set to make their debut at the Capital FM Jingle Bell Ball 2013 on Sunday 8th December.

Keep it Capital Breakfast on Monday 25th November for the first play of The Vamps' new single 'Wild Heart', which is set to be released on 20th January 2014.