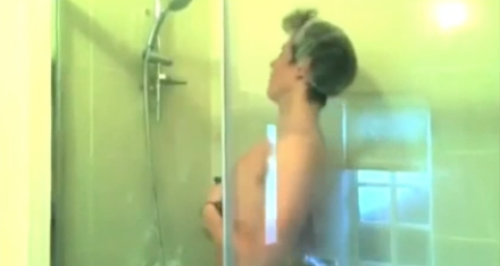 James McVey, member of The Vamps and gym aficionado. Also VERY good at other stuff.

When James McVey isn't pumping iron at the gym or being a Vamp, he is busy perfecting the other stuff he is REALLY good at. We've brought together a selection of 'things James McVey is really good at' in bite size 6-second video chunks. We won't judge you if you have them on loop.

James' American accent is certainly INTERESTING, probably not so good that he could get away with pretending to be American, though… We don't know WHAT gave it away?!

2. Knowing his own name

Well, if you don't know his name by now, WHERE have you been? Just in case, James is gonna remind you.

3. He does GREAT song covers

This is possibly the BEST cover of 'Let It Go' from Frozen we have ever heard. Top marks, McVey!

Because…. well, just because really. He definitely DID wake up like this.

6. He's TOTALLY on board with the whole Vine thing…

Yep, we have dedicated a whole Vine feature to James McVey - even though he seems a little confused by the whole Vine thing..

7. He has an awesome laugh

There's no better sight than a smiley James McVey. Revel in the gloriousness of his laugh.

Last, but by NO means least, he is a champion. He definitely would win gold in the shower-singing olympics if such a thing existed.

If you liked this little bag of Vamp-ish greatness, click here to see Brad's best bits.