WATCH: The Vamps Reveal Which Celebs They’ve Kissed & Do An AMAZING Celebrity Impression

Find out who the boys have been smooching as well a little teaser about their new single.

When The Vamps joined Capital backstage at Fusion Festival, Brad, James, Tristan and Connor spilt a LOT of juicy secrets…

As well as revealing that the first new single from their next album apparently stars with a W and ends with a Z (Whizz? We literally can’t think of any other words like that!), the boys also revealed a rather surprising celebrity impression…

Yep, Tristan can do a VERY convincing impression of Paul O’Grady – who’d have thought it?!

The band also took on the Question-A-Balls and revealed which celebs on the Fusion Festival line up they’d kissed too! 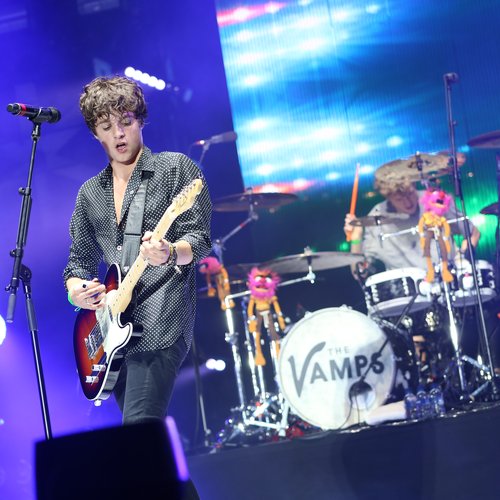