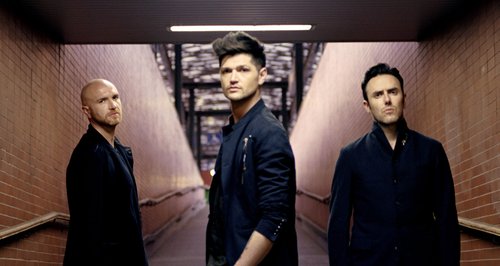 The Script are back with their amazing new song 'Superheroes', and you guys couldn't get enough!

The Script boys are definitely back with a bang with their new song 'Superheroes' which had it's first play on Capital FM this morning (21 July).

The boys have been hard at work on their fourth studio album in recent times, and 'Superheroes' is the first track from the forthcoming record.

PLUS the boys have JUST announced the release of their brand new fourth album 'No Sound Without Silence', which drops on 15th September.

The fans were out I'm force as they listened out for the first play, taking to Twitter to express their excitement:

been waiting for new music and a tour for soooo long, this is incredible @thescript @TheScript_Danny @CapitalOfficial #NewScriptOnCapital

I love the song. Its like you can feel all the effort that's been put on the song just by the cool vocals x #Superheroes #NewScriptOnCapital

Let us know below, is this your new FAVOURITE summer soundtrack anthem?!