The Script At The iTunes Festival 2014: The Best Bits 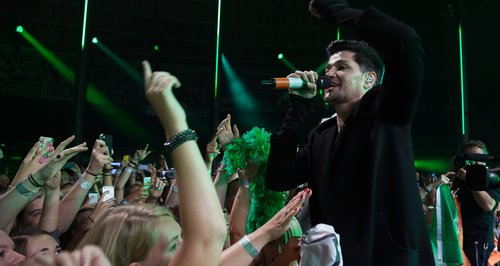 The Script's Danny, Mark and Glen performed to a packed Roundhouse for iTunes Festival 2014 and we have all the highlights.

Performing 16 tracks in total the guys covered older material like 'Breakeven' and 'Hall Of Fame' as well as their newest single 'Superheroes'. We worked up quite the sweat dancing along, and fighting off other members of the crowd trying to grab a piece of Danny after he jumped in to the crowd!

The guys did manage to pull off a pretty good impression of Danny however!

Check out The Script's full iTunes Festival 2014 set list below: